Quantum physics always had a dark and even esoteric side, reinforced in recent years with the idea that quantum computers will destroy cybersecurity. We want to bust myths, show the audience live how QC’s really work and encourage researchers to use public QC’s to learn, play and create with them.

Quantum computing is nowadays one of the most disruptive, cutting-edge, and weird break-throughs in computer science. However, the concept is not new at all. It was first proposed in the early 1980s by Paul Benioff and even the famous Richard Feynman worked on this concept. After that, we had to wait 20 more years until the first experimental quantum computer (QC) finally saw the light of day. But since its development, only a small group of physicists were able to experiment with it.

Nevertheless, in the last 4 years the first commercial QC hardware was produced, and even more, some QC have been publicly accessible so anyone can experiment with them.

As new concepts arise, new fields, projects, and ideas emerge that can be explored. However, they also bring about new myths, misconceptions, and apocalyptic fears, one of which are QC uses in cyber security. It is absolutely true that once a QC will be powerful enough to run Shor’s algorithm, many of the current cryptography foundations will be broken and prime numbers will be factorized in seconds. Then again, there are only some algorithms that QC is able to run faster than classical computers. And QC hardware is so delicate and so sensitive to noise that years of research and development will be necessary to achieve practical use of this technology.

This talk has several purposes

The first purpose is to bust the numerous myths that have been growing around QC. Clarifying what cannot be done with QC, what really can be done with them at this stage, and what could be done once the QC hardware is more evolved.

Several quantum mechanics principles will be described, as well as the basis of some of the QC hardware. Also, we will provide details on some of the main quantum gates (like Hadamard and CNOT gates).

Furthermore, we will explain the current state of the “quantum supremacy” race. We will also briefly describe the path from a quantum algorithm to a quantum circuit and elaborate on why the differences between classical and quantum programming is substantial. Finally, we will address some myths and realities in order to clarify the do’s and don’ts of QC.

The second purpose of this talk is to encourage researchers and hackers that now have access to several publicly available QC’s to get involved and to develop experiments to run on them.

With this in mind, we will present how to access several publicly available QCs. As we choose IBM QC’s for our work, we will access IBM’s Qiskit Terra, Aer, Aqua, and Ignis.

Moreover, we will demonstrate how to craft basic quantum circuits and feed the results into a real QC. Finally, we will explain the way to programmatically create quantum circuits by means of Qiskit framework.

We will end our presentation by showing how hard is to factorize numbers using the Shor’s algorithm on the quantum computers currently available. 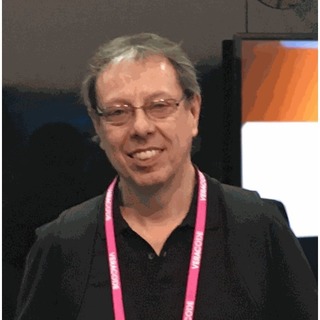